PATIENT LOGIN - For Appointments and Prescriptions. Opens in a new browser window...

Dr Birney studied medicine at The University of Dundee, graduating in 2007.  Over the next five years she worked in various hospital posts across Tayside, Perth and Angus, before returning in 2012 to her native Fife to complete her GP training here in St Andrews. Esther is involved in teaching medical students within the Practice.  She holds a Diploma in Family Planning and is trained to insert and remove Contraceptive Implants and Intra Uterine Contraceptives.

Dr Burgess was brought up on the west coast in Helensburgh, and studied medicine at St Andrews and Manchester Universities.  She graduated in 1997, and completed her GP training in 2001.  Her postgraduate qualifications include MRCGP, DRCOG, and DFFP.  She was a GP Partner at a practice in Sale, Cheshire from 2001 until relocating to St Andrews in 2018.  She considers herself to be a generalist, but does have interests in women’s health, child health and contraception, including contraceptive implant fitting and removals.

Dr Duncan was born and brought up in North East Fife, spending his childhood and youth in Ladybank.  He graduated from Glasgow University in 1999 with MBChB, then worked in a variety of jobs in the UK, New Zealand and Australia with focus on Paediatrics and A&E.   He trained as a GP in Edinburgh and received his MRCGP in 2007.  He is married and has four young children.  He is actively involved in teaching Medical Students. He works four days per week in the Practice and is a househusband the other three days.   He is a keen sportsman and still hopes to fulfil his ambition to lead Scotland to World Cup Glory, although he admits time is against him.

Dr Hagger qualified from the University of Glasgow in 2010 (MBChB) before moving to Fife to work at Ninewells Hospital.  He completed the Diploma in Child Health (DCH) from the Royal College of Paediatrics and Child Health in 2014.  He completed his GP Specialist training here in St Andrews gaining MRCGP in 2015.  He has a background in engineering having previously obtained a Masters Degree in Mechanical Engineering from the University of Edinburgh.  He is a keen sportsman.  He tries to fit in regular running and cycling, often commuting to work on his bike.  More recently he has been drawn into the world of golf.

Dr Haldane graduated from Dundee University in 1999 with MBChB.  He completed his GP training in Tayside in 2003.  He is one of two GP Trainers in the Practice supporting young doctors in their training towards becoming GPs.  Dr Haldane currently plays an active part in our Community Hospital work.  He is trained to fit and remove Contraceptive Implants.

Dr McFarlane completed her GP training with the Practice in February 2018 and joined the Partnership in March 2018.

Dr Nixon came to Scotland from Yorkshire in 1987, to study Medicine at Edinburgh University.  His professional interests include Diabetes and Cardiovascular Disease.  He is very interested in the use of Information Technology in medicine and is keen to develop IT further within the Practice.  He is involved in teaching undergraduate medical students from Dundee and St Andrews and is now involved in training qualified doctors to become General Practitioners.

Dr Corbett gained her medical degree (MB BChir with Distinction) at the University of Cambridge in 2007.  Prior to this, she read English (BA Hons, 1st Class) at the University of Nottingham.  Her postgraduate qualifications include MRCGP, DRCOG, and DCH.  Having four young children, the GP Retainer scheme enables her to work in general practice on a part-time basis.  She loves living in Fife with its hills, sea, and space.

Dr Santiago was brought up in South West Spain, where she studied

Medicine, graduating with MBChB in 2005.  She completed her specialist training in General Practice with Distinction in Madrid in 2010, which had enhanced training in Paediatrics and Emergency Medicine.  She moved to Scotland in 2011, and since then has combined clinical and academic duties. Her postgraduate qualifications include a PGDip in Health Promotion, and MSc in Primary Care research, and a PhD in Medicine from Dundee University.  She will be working part time in Pipeland for 2.5 days a week, combining her clinical work with clinical research and teaching medical students at the University of St Andrews.  She has a special interest in quality and safety, infectious diseases and child health.  She enjoys sports (especially running and hill-walking), travelling, and speaks English, French, Portuguese and Spanish.

Usual availability: varying two and half days per week 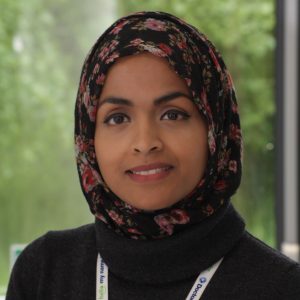 College London Medical School in 2004.  She was the Ryman medalist of her year, a prize awarded to the top performing student in General Practice. Following her hospital training in London, she completed her training in General Practice, gaining MRCGP before relocating to Scotland in 2008.  She has a particular interest in medical teaching and is the one of the Year 1 Generalist Clinical Mentors (GCM) on the new Scottish Graduate Entry Medicine (ScotGEM) programme.  For this, she holds a joint appointment with the University of St Andrews Medical School.

(Depending on Training Requirements)

Usual Availability: Variable Monday to Friday (Depending on Training Requirements)

Usual Availability: Variable Monday to Friday (Depending on

Please do NOT make an appointment or attend the Practice if you suspect you may have the virus.

Please do NOT attend the Practice unless you have a pre-arranged appointment.  Prescription requests and samples should be left at the station provided at the front entrance to the hospital.

For the latest information please visit www.nhsinform.scot/coronavirus and https://coronavirus.nhsfife.org/  and/or call 0800 028 2816

​Please be assured that the Practice is open but please see the Clinical Topics section on our website homepage regarding Coronavirus COVID-19 for updated information regarding temporary changes to our appointment bookings systems.

For patients under the age of 80 years of age, NHS Fife are delivering the Covid Vaccinations via centralised hubs.  People aged 18 to 49 will be invited to get their first dose of the coronavirus vaccine by the end of July, depending on vaccine supply.  Those aged 18 to 29 years old on (and including) 17 May 2021 are currently being invited to register for their coronavirus vaccine by using this link.  Please do not phone the Practice if you have received your appointment as we are not able to make or reschedule these appointments.  Instead you should call 0800 030 8013 (available 8am to 8pm, 7 days a week).  If you are an unpaid carer and aged 16 years to 64 years can use the online registration service.    If you are concerned that you should have received an appointment but it has not arrived, you can complete an online contact form via the NHS Inform website.  There is also general patient information available at www.nhsinform.scot/covid19vaccine and www.nhsfife.org/covidvaccine/

As per the NHS/Scottish Government guidance, please do not contact the Practice to ask for a Covid Vaccination Passport or status certificate – we will not be able to provide any standard document.  International certification standards have not yet been agreed.  The Scottish Government is working to support the re-opening of international travel once it is safe to do so. They are working with the other UK Nations and with the World Health Organisation to agree on potential future COVID certification requirements for international travel.  In the meantime you can access your vaccination status through the NHS Inform website or the COVID-19 Status Helpline on 0808 196 8565. The helpline is open every day from 10.00am to 6.00pm.